Are occipital blocks effective in treating cluster headaches?
Previous Next 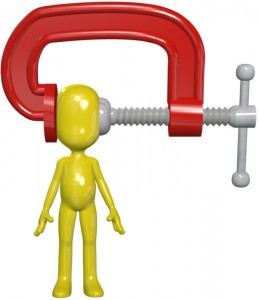 Cluster headaches are headaches that occur on one side or the other of the head, are severely painful, and occur periodically in groups, or clusters. The pain is most prominent around the eyes and the headaches are often accompanied by a runny nose, watery, red, puffy eyes, and nasal congestion. Men are affected by cluster headaches about three times more often than women.

What are the symptoms of a cluster headache?

Typically the headache lasts last less than an hour but they can last anywhere from only fifteen minutes to as long as three hours. The headache is typically sudden and usually comes on with no warning signs and then subsides just as rapidly. The pain is generally located around the eyes and temple but may extend to the back of the head and the neck.

It has been described as the most intense, excruciating pain known to man. The pain is described as severe burning, stabbing, and squeezing sensations.

How does an occipital block help a cluster headache?

How is an occipital block performed? 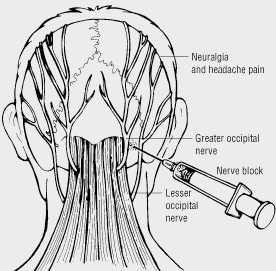 position whichever allows the area to be access easiest. The nerve is located by feel as the area is usually very tender, the skin of the scalp is cleansed with an antiseptic solution then numbed with a topical anesthetic. Then using a very thin needle, the doctor injects the mixture of medications into the area at the nerve trunk.

The patient will usually become numb along the side of the head of the nerve trunk being treated immediately from the local anesthetic but this wears off within a few hours. The steroid medications usually take another twenty four to forty eight hours to take effect but then the effect lasts for anywhere from several weeks to several months. Often the procedure must be repeated several times in order to achieve the maximum benefit of the steroid.

Dr. Adarmes does not over crowd his schedule and takes the time with his patients;. My med… END_OF_DOCUMENT_TOKEN_TO_BE_REPLACED

I feel like they are always looking out for my best interest. They run a tight ship and h… END_OF_DOCUMENT_TOKEN_TO_BE_REPLACED

I would like to say that this Dr. has been wonderful. He shows that he cares a lot and lik… END_OF_DOCUMENT_TOKEN_TO_BE_REPLACED