The basics of trigeminal neuralgia from an AZ Workers Compensation Doctor 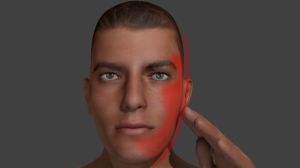 prosopalgia or Fothergill’s disease. When trigeminal neuralgia is accompanied by hemifacial spasm, it is known as tic douloureux.

The trigeminal nerve is a paired cranial nerve (cranial nerve V) that branches into three nerves: 1) the ophthalmic nerve; 2) the maxillary nerve; and 3) the mandibular nerve. Trigeminal neuralgia can affect a one, two, or all three branches. It occurs bilaterally in up to 12% of cases. Typically, the maxillary and mandibular branches are involved, leading to pain in the ear, eye, lips, nose, scalp, forehead, cheeks, teeth, jaw, or any part of the face.

The pain from this condition is episodic, and can last anywhere from a few seconds to minutes, or even hours. Patients typically describe an area of the face that triggers the pain, although spontaneous episodes of pain are not uncommon. 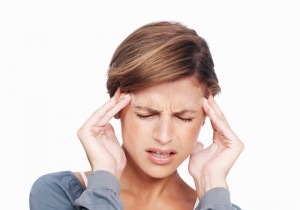 Pain can be triggered by even the most innocuous activities, such as eating, shaving, talking, or brushing teeth. In more severe cases, even a light breeze can trigger pain. The attacks of pain have been described as electric shocks, burning, shooting or exploding pain. Pain attacks have been noted to be more frequent and more easily triggered over time, and can interfere with the activities of daily living.

Oral medications are usually the first line therapy for trigeminal neuralgia. Carbamazepine, which is an anticonvulsant, is a recommended first line treatment. In cases where this fails, drugs that can be used include baclofen, lamotrigine, oxcarbazepine, phenytoin, gabapentin, pregabalin, and sodium valproate. Some trials suggest clonazepam and lidocaine can be effective, although further evaluation is needed. 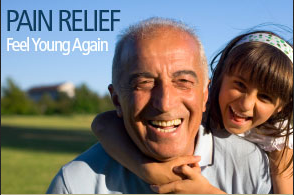 Surgical intervention for the treatment of trigeminal neuralgia is not typically recommended and is only considered after the failure of nonsurgical options. The evidence for surgical therapy is currently poor and numerous postoperative complications have been documented. The surgical techniques vary, although microvascular decompression has been shown to provide the longest pain relief.

Percutaneous radiofrequency thermorhizotomy has also been shown to be effective, although the relief of symptoms wanes over time. Injections of glycerol to interrupt the transmission of pain signals has also provided benefit to some patients. These procedures are also associated with postoperative numbness.

Dr. Adarmes does not over crowd his schedule and takes the time with his patients;. My med… END_OF_DOCUMENT_TOKEN_TO_BE_REPLACED

I feel like they are always looking out for my best interest. They run a tight ship and h… END_OF_DOCUMENT_TOKEN_TO_BE_REPLACED

I would like to say that this Dr. has been wonderful. He shows that he cares a lot and lik… END_OF_DOCUMENT_TOKEN_TO_BE_REPLACED