The Top 5 Nonsurgical Treatments For Carpal Tunnel Syndrome
Previous Next

Carpal tunnel syndrome presents as pain, usually described as discomfort or tingling, numbness, or pins and needles in the fingers innervated by the median nerve. This typically spares the little finger, and can be aggravated by certain positions.

Carpal tunnel syndrome is caused by the compression of the median nerve from various causes, such as swelling or inflammation. Carpal tunnel is a progressive condition that 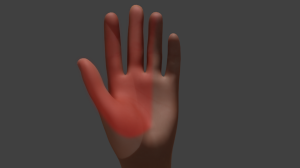 worsens if left untreated, and can eventually lead to the loss of sensation and weakening of the grip in the affected hand. 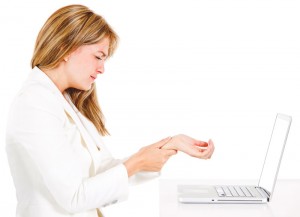 maintaining good posture and reducing force from hand tools can save the wrist from carpal tunnel syndrome.

A patient suffering from carpal tunnel syndrome needs to take a break from the repetitive activities that caused the injury in the first place. As much as possible, at least two to six weeks should be given to the wrist to heal: this rest period allows the swelling to subside, relieving the pressure that causes carpal tunnel syndrome. 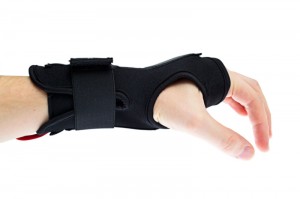 others, help relieve carpal tunnel syndrome by providing short-term pain relief. This is only symptomatic treatment, however, and does not address the underlying cause of the pain.

An effective nonsurgical option to resolve the swelling that causes carpal tunnel syndrome is the injection of corticosteroids into the wrist. Corticosteroids are powerful anti-inflammatory drugs that shrink the swollen tissues and relieve pressure on the median nerve. This option is typically chosen after the failure of other conservative treatments.

Providing a wrist brace or wrist support restricts the movement of the hand and wrist, preventing the positions that aggravate the carpal tunnel syndrome. While this does not provide definitive resolution of carpal tunnel syndrome, it may be effective in specific situations, such as for athletes and for use while sleeping. The splint is used for several weeks to months, and is usually prescribed in conjunction with hand strengthening exercises.

Dr. Adarmes does not over crowd his schedule and takes the time with his patients;. My med… END_OF_DOCUMENT_TOKEN_TO_BE_REPLACED

I feel like they are always looking out for my best interest. They run a tight ship and h… END_OF_DOCUMENT_TOKEN_TO_BE_REPLACED

I would like to say that this Dr. has been wonderful. He shows that he cares a lot and lik… END_OF_DOCUMENT_TOKEN_TO_BE_REPLACED