The Basics And Importance Of Urine Drug Testing In Pain Management

A urine drug test is a common examination that is usually conducted to detect the presence of illegal drugs in the human system, or to detect prescription medications being taken.

HOW IS URINE DRUG TESTING DONE?

This procedure requires a sampling of human urine. The sample is placed in a small container and is submitted immediately to a medical technician for analysis. Results do not take long to collect and it is not a long wait until findings of illegal drug residues or 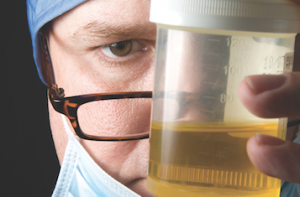 prescription medication could be found in one’s system.

The newest drug testing cups have strips that tell within 5 minutes whether or not the test is positive for any number of drugs or medications. They cannot tell the levels present, just positive or negative. Additional testing can help detect specific levels present.

WHERE TO AVAIL URINE DRUG TESTING

Urine drug testing can be done right in a physician’s office, such as a Phoenix workers compensation pain doctor clinic. A lot of doctors who prescribe pain medications require urine drug testing as a prerequisite for treatment.

Anybody can actually take a urine drug test, though, with or without the recommendation of a physician. Testing cups are available at stores such as Wal-Mart, and can show the same results within 5 minutes as the ones at the doctor’s office.

WHERE AND WHY IS URINE DRUG TEST REQUIRED?

Urine drug tests are strictly required in job openings, military and police filings and in some private schools. This is made obligatory so that the institution can determine if the people under them are clean from illegal drugs and is physically fit to carry on the job or task. This is one of the many ways to protect the credibility of their establishment. People who have committed crimes are also required to undertake urine drug tests. This test is especially required to garner evidence and establish the credibility of the accused.

In the medical setting, urine drug testing helps with compliance during pain management treatment. When a workers compensation pain management doctor is prescribing opiates to patients for pain relief, it is very important to ensure 1) the patient is taking the medication as prescribed and 2) there are no illegal opiates in the patient’s system.

In addition to the urine drug screening performed by a physician, there are two further tests that can look more specifically at the sample.

There are two types of urine drug tests commonly used by medical experts to determine health issues through the use of human urine samples. The first would be the Enzyme 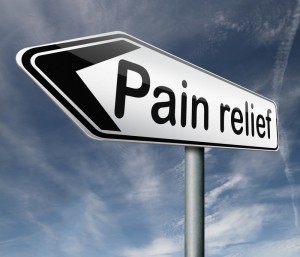 EMIT is actually the most common urine drug test conducted in medical institutions. Specifically, this test utilizes antibodies that are made to react a specific element that is used in drug testing. If drug residues do exist in the human system as indicated in the urine, the urine sample will change its color.

Urine drug tests may just be one of the minor medical tests in the health industry, but the information that can be uncovered by this test is absolutely valuable. When a workers

compensation patient undergoes urine drug testing, it can significantly help with patient compliance as part of a full treatment program.

Dr. Adarmes does not over crowd his schedule and takes the time with his patients;. My med… END_OF_DOCUMENT_TOKEN_TO_BE_REPLACED

I feel like they are always looking out for my best interest. They run a tight ship and h… END_OF_DOCUMENT_TOKEN_TO_BE_REPLACED

I would like to say that this Dr. has been wonderful. He shows that he cares a lot and lik… END_OF_DOCUMENT_TOKEN_TO_BE_REPLACED