5 Myths About Fibromyalgia – Info From A Phoenix Work Comp Doctor

Symptoms associated with fibromyalgia have been described for centuries, but it wasn’t until the early 1980s that scientific studies confirmed these symptoms and tender areas of the body. Researchers have further tested pain reaction and gathered meaningful data to support the diagnosis of this real and troublesome disease. 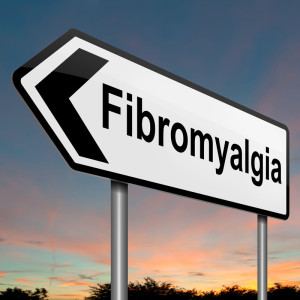 Fibromyalgia does not affect everyone equally. In fact, it may be that the disorder causes extreme pain in some individuals, or is exacerbated by a work injury. In that case, a workmans comp doctor may become necessary.

Due to its relatively new discovery, there are many myths surrounding the disease. Below are  5 myths about fibromyalgia – as well as the facts.

1. Myth: Fibromyalgia only occurs in women

Fact: While the majority of people who develop fibromyalgia are women       (approximately 80%), it can also occur in men. Research shows that women    present a lower pain tolerance than men, and for this reason, men fail to       report the symptoms that women do. As a result, fewer cases of fibromyalgia             in men are reported and detected.

Fact: While there is no known cure for fibromyalgia, a diagnosis can be made and a

treatment plan enforced. For many, learning what is wrong helps validate their symptoms. Through careful lifestyle modifications and a professionally monitored treatment plan, symptoms of fibromyalgia may be reduced.

If the condition is exacerbated by an injury at work, an Arizona Work Comp doctor can help achieve an acceptable baseline level of pain through multiple nonsurgical options.

Fact: This is not true of all cases. Some patients do experience mild pain, especially as the symptoms respond to treatment. For others, the pain associated with fibromyalgia may be severe. Patients may notice that the pain worsens when they are stressed or carrying out household duties. Weather conditions may contribute to the level of pain patients experience.

4. Myth: Fibromyalgia is not real

Fact: Thanks to scientific research, tender points in the body and symptoms associated with fibromyalgia have been confirmed. Imaging studies have revealed that the brain of a person with fibromyalgia often has increased activity when reacting to pain. Other studies have confirmed that patients with fibromyalgia feel pain at a higher level of intensity than those without the condition. Overactive nerves can cause significant pain. The pain is real and more and more understood as research continues.

5. Myth: When doctors cannot determine what is wrong, fibromyalgia is diagnose

Fact: Diagnosing fibromyalgia does take time because there is no specific laboratory test for it. It does not show up on an x-ray. Symptoms are gathered and monitored over a period of time to help rule out other conditions that may resemble fibromyalgia. Guidelines for diagnosing the condition were developed in the early 1990s by the American College of Rheumatology. These guidelines are widely accepted and used to help diagnose fibromyalgia.

Dr. Adarmes does not over crowd his schedule and takes the time with his patients;. My med… END_OF_DOCUMENT_TOKEN_TO_BE_REPLACED

I feel like they are always looking out for my best interest. They run a tight ship and h… END_OF_DOCUMENT_TOKEN_TO_BE_REPLACED

I would like to say that this Dr. has been wonderful. He shows that he cares a lot and lik… END_OF_DOCUMENT_TOKEN_TO_BE_REPLACED